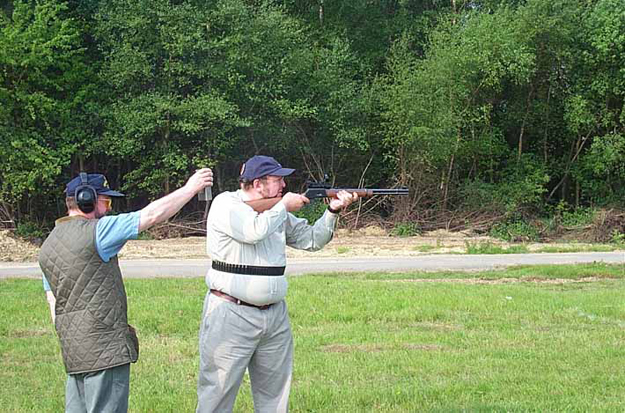 Shooting an under-lever carbine against the clock.

The following will give an impression of gallery rifle shooting. Both small bore and fullbore weapons are used (although not at the same time) and competitions are designed to test precision, speed of handling, accuracy under time constraints and coolness under pressure.

These competitions have been adapted from those formerly used in pistol shooting, while this was still legal. Pistol shooters left the sport in droves after pistols were banned, but a few stayed on, and converted the old routines into ones suitable for the more accurate short-barrelled carbines we use today.

The rifles used are short-barrelled and lightweight - speed and handling count far more than pure accuracy. They are either self-loaders or lever-action repeaters. These latter are instantly recognisable to anyone who has seen a Western, and these rifles have never gone out of production in over a hundred years. 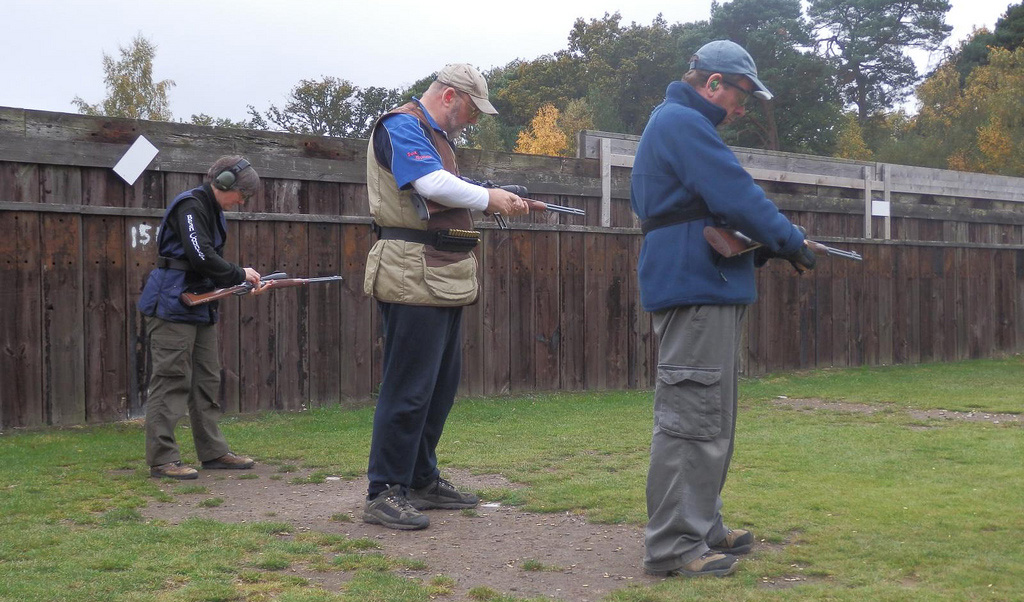 Then load another 6 rounds and shoot snapshots at the same target. The target will face you for two seconds. Six times. Fire one shot per "face". Shoot all six like this, load another six and keep going. 12 shots in all. You get about 5 seconds between shots and 20 seconds between the two sessions of six to reload. At 15 yards.

Lastly, load 6 more rounds and shoot double-taps (two shots while the target faces for 3 seconds) at the same target. Again you get about 5 seconds between each pair of shots. At 10 yards.

There are many variations - you could be sitting, standing, kneeling or all three in succession. You could be shooting off your strong hand, or off your wrong hand. Your target might be moving towards you, and/or be snapping into position for a second or two, then snapping away again. All designed to pressure the shooter into missing the bull. Great fun.